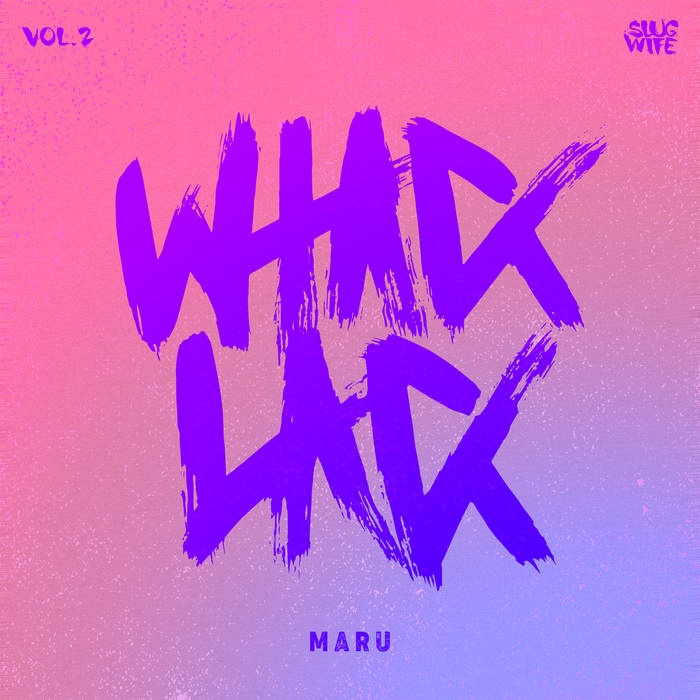 Bass heavy, blissed out phatness, its as simple as that. Favorite track: Late Shift.

plushine Best whack lack by far. This album sparked my interest in lo-fi. Thanks a lot for that! Favorite track: Snooze Button.

The Whack Lack series is about artists creating their own battlewax record; with tunes designed to work in their own right, as well as giving scratch DJs and vocalists some new material to work with. The battlewax concept is to keep it simple yet effective, focusing on the right hook with the right beat and nothing more. By encouraging a variety of artists to work on the series, they can each find their own sound within it, and have a different outlet for their creativity that doesn’t revolve around dance floors and mix down tech. This round, we have a debut release from Maru, a new project from bass music veteran Reso. Following up from his Kyrios EP, Whack Lack Vol. 2 shows a different side to his musical taste, leading you on a hypnagogic journey of head-nod beats and nostalgic hooks.

Staring out the window, Denni knew what she had to do. It’s always when she’s got a free day to herself that something would mess up her flow, and today it was a broken stylus. No scratching until she sorts that one out—nobody would deliver to her block, as she resided a few miles beyond where the road stopped being functional, disintegrating from a lack of maintenance and a lack of interest from the powers that be. The real kicker was that her favourite manufacturer has had their only remaining factory levelled by an unexplained explosion. It was likely some kind of military test or fuck-up, since they feel like they can do what they want around here; nobody has enough of a say to do anything in retaliation. It was best for her to go see her guy and hope he’s stocked up, and that he doesn’t rip her off knowing this is the last batch.

Denni put her headphones on as she slithered out the doorway and down the hall, hearing the door slam shut behind her. The music kicks in and perfectly sets the tone for the rest of her journey—dusty beats and warped memories. She finally arrived at a rusted, metal door and knocked three times. A hatch slid open for a second, and she heard the door unlock. Moving through the entrance, it took a minute for her eyes to adjust to the light, and after they do she was met with a figure she has not encountered before.

“He’s taken a…holiday,” says the unfamiliar GasPod, light bouncing off his gold-toothed grin, “I’m in charge for a bit. The name’s Mac, what can I do you for?”

Denni started, “There are these replacement styluses I need…”

Mac started laughing, a low rattle, “Yeah I know the ones you mean, you’d be surprised how many people seem to want those tiny bits of metal right now. Beats me why they’re so keen. They ain’t cheap now though, you know what happened. 400 Slimeoleons each.”

Denni sputtered, “Th-there’s no way I can pay that, what am I supposed to do?”

“Well, that’s what they cost now, and I’ve made sure there are no other options. Trust me. Although,” Mac paused and flashed that gold-toothed grin again, “If you can’t afford it, I’ve got some stuff I need shifting, and I need more feet on the ground to do it. You interested?”

Denni weighed her options, and they didn’t look good. No scratching was not an option, so best muck in and get it done.