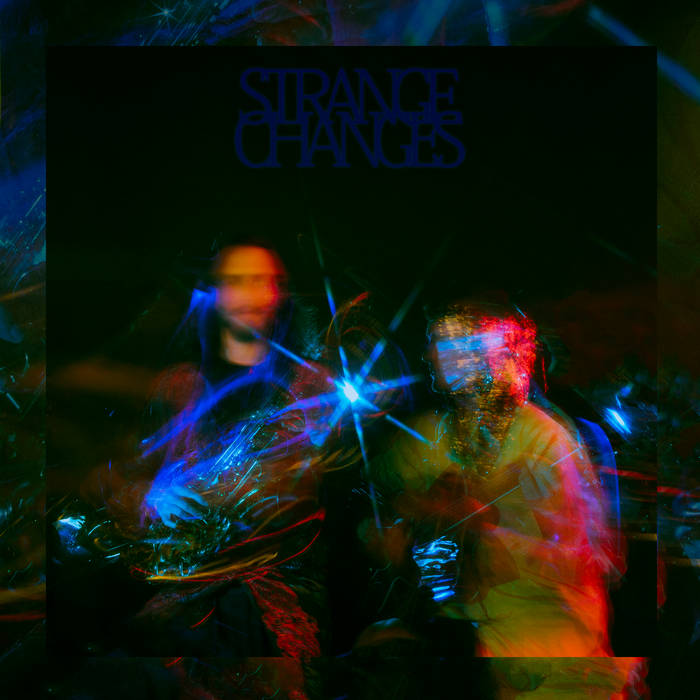 Chalky & Seppa return with their much anticipated follow up to 2018s ‘Bright Spots’. Picking up where the previous album left off, ‘Strange Changes’ pushes their music hybridisation into new territory, exploring unusual sound palettes and combinations of ideas to create an arresting journey through jazz fuelled psychedelia. The process was informed by the unexpected pressures, twists and turns of life, including a broken hand and living hours apart, with the album title becoming more relevant month by month. The outcome is a body of work that is both unexpected and engaging, worth listening to in its entirety to garner the full experience. They were fortunate to work with several of their favourite musicians. One Kind Eye delivers a powerful vocal performance on ‘Falling Forward’, Jim Bastow features on the Fender Rhodes in ‘Scaphoid’ and Myr deploys his highly nuanced modular setup on ‘Subaqueous Broadcast’. ‘Strange Changes’ presents a window into the strange new future we see unfolding before us, effortlessly combining the alien and the familiar with Chalky and Seppa’s own inimitable flair.

It had been a while since Charlie had visited French Saké. He had fond memories of the bar; his thoughts drifting with the smoke, dancing around the dark basement bar propelled by the exhales of players and audience alike. Nothing really lasted for long in a city like this. If the tax man didn't get you then the local extortionists would. Still, French Saké had always been resilient, and hopefully they'd managed to survive the nearly two years since his last trip.

He rounded the corner and spotted a few shreds of light seeping around the edges of a haphazardly boarded up window. He was pretty sure that was the spot. As he got closer, he could make out the muffled chatter of GasPods and the sound of a trio slinking their way through a well-trodden standard. The closer he got, the stranger it got. The saxophone warped and looped, washes of texture emanated from the guitarist's array of sound mangling tools. Drums popped in and out of existence, dancing around the sonic field. The effect was mesmerising.

He pushed open the door and was greeted by a blast of warm, smoke-laced air. As he moved towards the bar, the music struck him as something different from his last visit; a step towards an unknown future, perhaps. The musicians manipulated the familiar sounds of their instruments, creating new worlds to get lost in, allowing him to forget the chaos outside of his head and calm the dark waters within. It was undeniably strange, but so was everything right now.

"Strange enough to be normal," Charlie thought, taking a sip of his freshly poured drink and leaning heavily onto the bar, "whatever that means."

All tracks written and recorded by CHALKY and SEPPA
Guitars, Keys, Bass, Percussion and OP1 by CHALKY
Saxophone, Beats, Production, Mix and Master by SEPPA
Vocals on ‘Higher’ written and performed by ONE KIND EYE
Rhodes on ‘Scaphoid’ and ‘Falling Forward’ by JIM BASTOW
Modular Processing, Synthesis and Bass Guitar on ‘Subaqueous Broadcast’ by MYR


Special Mentions:
Sizzles on ‘Sizzle Me Timbers’ by JOEY CARGO
Claps and original inspiration for ‘Falling Forward’ by NAOMI JEREMY
_ __ ___