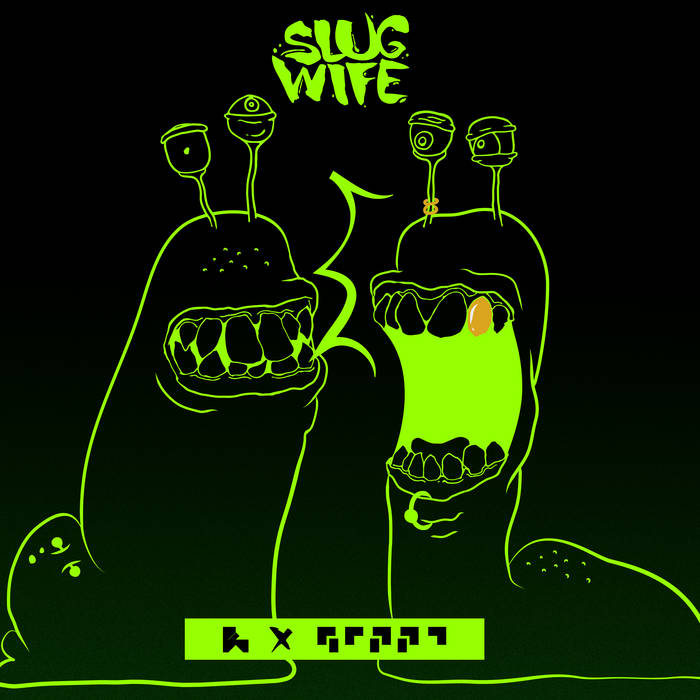 Oman Sounds been waiting for this one Favorite track: Watch Me.

As the setting red dwarf cast long shadows over the towering fortress of Slüg Silo-7b, Frank stared absently at the glistening trails of mucus left by the inhabitants going about their evening business. Tumultuous clouds scoured overhead, propelled by fierce storms in the upper atmosphere of Gastropodia Prime, reminding him that merely a thin layer of gas protected them all from the sucking void of interplanetary space. Glancing to his right, he noticed how the myriad lights of the increasingly looming domicile towers blinked to life, illuminating the vast mounds of trash collecting by street corners and down dank alleyways. Waiting. He seemed to spend most of his time waiting these days. Despite constantly trying to fill these moments of inaction with unnecessarily long winded descriptions of his surroundings, drawing the sentences out in to complex strings of borderline incomprehensible prose in the hope he might convince himself that his life was worthwhile, a thing of substance, he could not shake the nagging feeling in his stomach that something wasn’t quite right.

It started with a strangely hot, metallic taste in his mouth. He rolled his radula around, the tooth covered tongue that had evolved to chew leaves in to a digestible mulch. That was the stuff of his ancestors though, a distant memory from another world. Food comes pre-mulched in packets now. He looped one of his eyes round to try and see if he could locate the source of the strange and unsettling sensation. He realised he couldn’t focus properly, even on something so close. The light from the building across the street took on a shimmering edge and began slowly to expand, taking up more of his vision. Before he could fully grasp what was going on he was sliding down the wall he had previously been leaning against, powerless to resist gravity’s allure. He heard someone slither towards him and stop but he was now unable to see, beyond broad washes of light and colour. “Hedlfo ghrsdt” was about the closest thing to words he could get out. At that point his brain shut down and slowly spread all over the pavement through a growing cavity in the side of his fleshy GasPod head.

Mac looked down at the disintegrating corpse that lay on the pavement in front of him. Its skin bubbled away in to a viscous slime, body slowly writhing and twisting, becoming less recognisable by the second. He let out a rumbling laugh and mumbled to himself, “These idiots can’t handle their salt these days.”