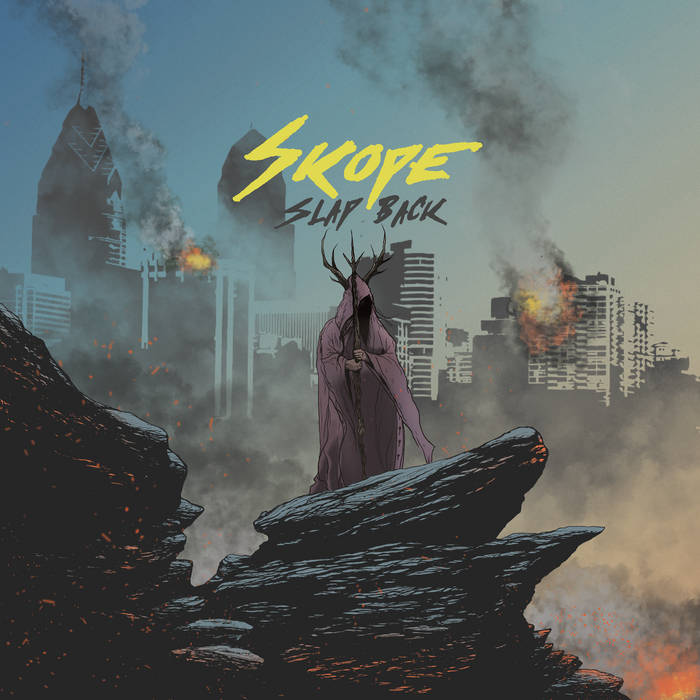 platyple There's not much to say about this other than "it's a very fun listening experience" Favorite track: Mindless.

Skope returns to SLUG WIFE with yet another epically cinematic EP full of phat drums and intense sound design expertise. Here's to starting this year's worth of releases with a bang!

The destruction wrought by the unending expansion of industrialised space wounded his soul. A once beautiful forest mutilated and left for dead. In its place, the imposing slug-made structures screamed oppression, the very opposite of what he had treasured from this once vibrant landscape. The duality of the environment wasn't lost on him; green scattered mountains to the north, smoke spewing towers to the south. The consumption knew no end.

Even these relatively new structures were already showing signs of the internal conflicts that plagued major conurbations all over the planet. Inter-factional violence to control the salt supply, the mostly superficial attempts of the self-appointed government to retain order (or, more likely, seize the means of production and distribution for themselves). Fires raged across the top stories of multiple buildings. Lab explosions? Targeted strikes on storage facilities? Industrial accidents? The myriad potential reasons made it almost pointless to try and figure out, as the end results were the same. Whatever way you looked at it, the machine was here, and it wasn't going to stop.

He turned his back on the heart-rending destruction and focussed his attention to the north. He couldn't exist in this diseased society, and he couldn't stop it's hedonism. He would have to keep going, deeper into the mountains and valleys, and hope that he would reach the end of his modest life before the ravenous jaws of modern life caught up with him.