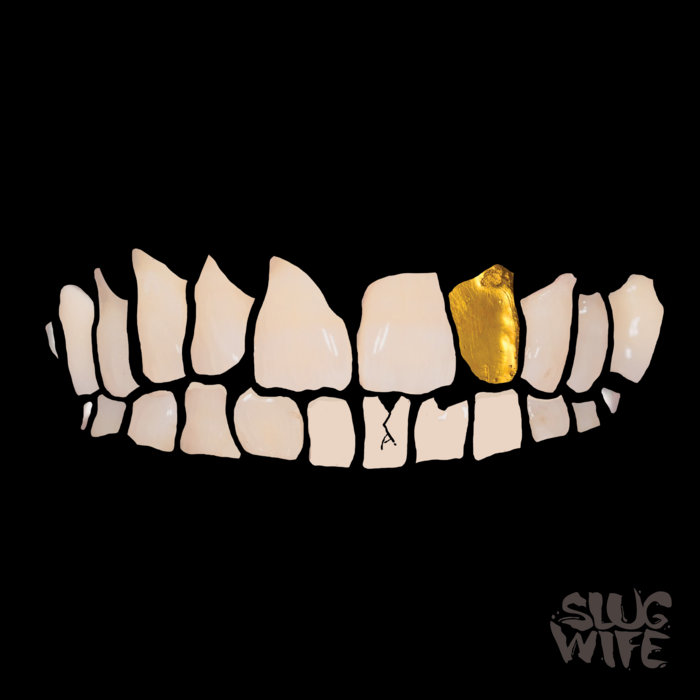 Evok Four full tracks and a heady mix-up to cap it off is all you need when you're this good! The Slug Wife duo has done it again, and with Gooth they've gone from proving themselves a marquee halftime outfit to buying real estate at the top of the totem pole. Good luck knocking them off it too, because their wellspring of inspiration runs unreasonably deep with a noted mastery of neuroscopic sound-design and off-kilter braggadocio that keeps their music cerebral yet insanely hard-hitting.

protossed Christ almighty what an EP. These dudes are the best at conjuring up new noise. Top of their craft.

skribbluh It's like what i've been trying to make myself for ages, i think it's genius!

Mac breezes into the dentist’s office and takes a seat in the battered leather chair. The dentist finishes typing some information in to a computer on the other side of the room, and turns around. He jumps a fraction, enough for it to be apparent that he’s surprised to see Mac sat in the chair.

“Oh… uhm, Mr. Mac, I am expecting another patient. Your appointment isn’t until later this week,” fumbles the dentist.

Mac breathes out slowly, “It’s just ‘Mac', and I finished my business sooner than expected. I’m pretty sure the next GasPod won’t kick up a fuss.” His yellowed eyes glint ominously. The dentist decides it’s best to give him what he wants. He’s one of those slugs you don’t want to get on the wrong side of.

“So, a gold tooth fitting it is!” says the dentist with a forced gleefulness.

Fortunately, the tooth had been sent back from the lab already, in all it’s gaudy glory. He rummages around in a load of boxes searching for the one with Mac’s name on it. The tension in the room (at least, the tension that he’s feeling) makes it a longer task.

Mac leans back in the chair, which creaks and squeals under his weight in a way that that would be worrying if he hadn’t spent his life navigating the decaying cityscape of Slüg Silo-7b. Above him are an array of robotic limbs brandishing a selection of implements, some of which so bizarre that he couldn’t begin to imagine what they might be used for. His mind wanders back to the past few days. They’ve been productive. A flurry of edgy faces in dark corners, haunted eyes and disintegrating smiles. People know he’s the GasPod to get what they need. This shit is getting easier every shipment, some slugs just don’t quit. Best for him that they don’t.

“Right, here we go,” exclaims the dentist with a battered box in his hands.

He moves over to the middle of the room and reclines the chair. At the flick of a switch, the robotic arms come to life and stretch themselves in a way that resembles a sleeping animal waking up. The one that looks closest to a hand leans towards the dentist and gently takes the gold tooth. Suddenly, another arm grabs Mac’s forehead and slams it back against the chair, shortly followed by another prying his mouth open to what feels like slightly further than it should be able. A whirlwind of needles, numbing gel and sharpened implements bear down on his exposed teeth. For the amount of blood misting in to the air there’s very little pain, and in a matter of seconds the arms retract and resume their sleeping positions.

“Congratulations... uhm… Mac, you are now the proud owner of a gold tooth of the highest quality,” says the dentist with a hint of anxiety in his voice. Internally, he prays it’s all to the vicious slug’s liking.

“I’m sure it’s fine Doc,” rumbles Mac, mouth still numb from the procedure. “Anyway, you know I’ll be in touch if it’s not.”

A grin crawls across his face. Gold glints in the artificial light.