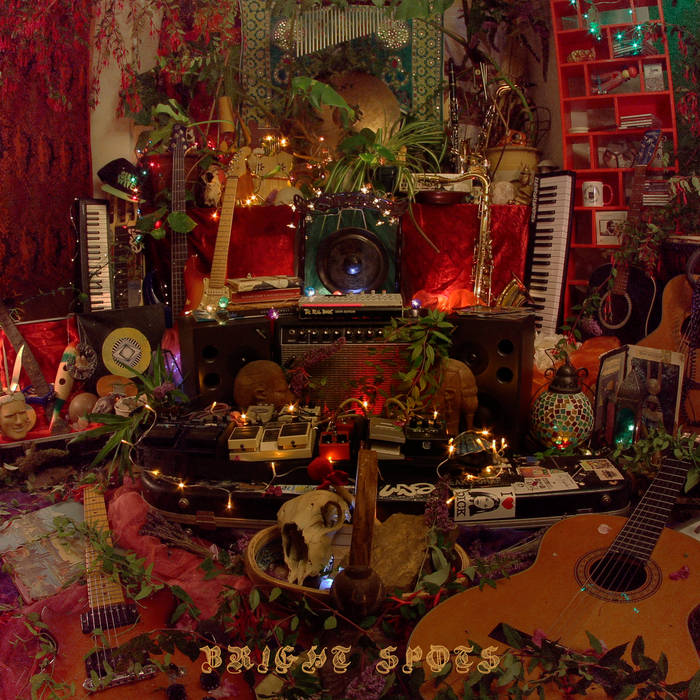 a_k One word: delicious. Jazzhop at its finest. Need more collabs from you guys!

Mangoshi Such a fantastic album! Nothing has soothed my ears more in the last month than this brilliant collection of playful & jazzy hip-hop tracks. Honestly just so good ❤
more...

Chalky & Seppa have created something truly unique with “Bright Spots” — combining chunky rhythms of hip-hop with raw instrumentalism and involving hooks, the duo takes you on a journey through their combined influences, pulling the past into the future. To top this off, we’re excited to be presenting Chalky’s music to the world. Make sure you keep tabs on him in time to come, as his musical output is nothing short of astonishing!

Check out the preview now: soundcloud.com/slugwife/chalky-seppa-bright-spots

Charlie slunk into the smokey basement to the sound of a saxophone floating through the haze. He could always rely on this place to supply music to soothe the soul; he certainly needed some extra care and attention right now. Music is about shared passion and mutual respect, but that doesn’t mean you can always avoid people who want to take advantage of your talents. Years of work with a collaborator had lead to the swine releasing the music with barely a credit in Charlie’s direction. In the grand scheme of things, these people get what they deserve eventually. Until then, the knowledge that this dude was a talentless hack was enough for Charlie. Well, almost — he needed a few drinks. Past whack collaborators aside, the ideas were really flowing right now. He had multiple projects in the bag which were already sounding great, and with people who were in it for the right reasons.

He rolled up to the bar and ordered his usual. This place was run by the French Saké group, a loose collection of reprobates with a musical inclination. There wasn’t any organisation to speak of, but it was always a good time and somehow the place was still running a few years after its opening. The bartender attempted to slide the drink to him down the bar, though due to an intense amount of slime buildup, the glass skidded to a halt about half way along, almost toppling over. Charlie shrugged and picked it up on his way to a table in a dark corner of the room. He always tried to make it down here when his mates were playing. The guys on stage had taken a short break but had just picked up their instruments again.

The saxophonist approached the microphone and growled into it, “Alright ‘pods, it’s time to get that ham.”

Receiving almost no reaction from the crowd, the band began meandering their way through a smoked-out rendition of some vaguely recognisable melody, thick smoke blowing loops around the saxophone player. Both musicians were wearing dark sunglasses and seemed as uninterested in their ramshackle audience as the drinking slugs were in them. Charlie relaxed into his thoughts and his drink and let the music wash over him.

All tracks written and recorded by CHALKY and SEPPA
Guitars, Keys, Bass and Percussion by CHALKY
Saxophone, Beats and Production by SEPPA

Photography by
CHALKY, JOEY and SEPPA