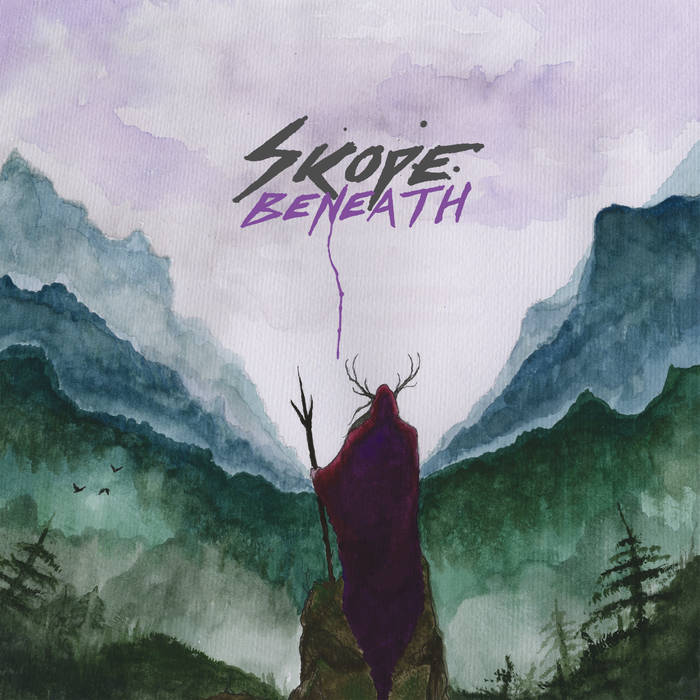 We’re very pleased to present you with a brand new EP from UK legend Skope! Also known by his DnB alter-ego, Malux, this EP shows a new side to the Skope sound, blending complex sound design with the keen ear for melody that has always been integral to his work. Cinematic build-ups paired with broken beats, ‘Beneath EP’ captures the essence, as well as the growth of his sound over the years. There’s something here for everyone to sink their gigantic gold plated teeth in to.

Far from the poisoned, industrial wasteland of Slüg Silo-7b, you could almost forget the destruction the slugs had inflicted on their home planet. All the way out in the mountains, the trees still stood tall and strong, rocking back and forth in the crisp, clear air. Out here, mother nature was the one in control, and the GasPods that had made it their home had developed a very different way of life. Unlike their modified and blistered city cousins, the locals had developed antler-like growths from each side of their skull, which allowed them to easily detect changes in atmospheric pressure and pre-empt drastic weather changes — an essential skill when you might not see another slug for weeks or months at a time.

Harlow had not seen another slug for years now; he preferred it that way. More GasPods in the vicinity just brought more complications, and all he wanted was a simple life. He was born and bred in the mountains, but had decided to truly isolate himself twelve years earlier, finding himself much happier with the sky and trees for company. However, something’s been amiss with his environment in the recent times — he had been finding creatures dead from mysterious causes, trees refusing to grow new foliage, and rivers lined with dead fish. Someone, or something, was poisoning the forest. He took his time, like he did with most things in life, to observe and absorb what the trees were telling him. He breathed big lungfuls of air, slowing his heart rate and focusing his senses. He started to sift through the sounds and smells around him until he found something out of place — a low, mechanical rumble working its way through the rocks and dirt, up through the sole of his foot.

He set off down the valley floor, taking paths he could comfortably follow with his eyes closed after all these years. The vibration grew steadily louder until it was easily audible over the symphony of animal calls and rustling leaves in the wind that usually filled his ears. His composure started to break; any attack on his home felt like an attack on him. He suddenly found himself at the edge of a clearing that never used to be there, a horrifying sight of burned tree stumps and desolation. Across the destruction was a huge machine with long, mechanical limbs slowly crawling across the unnerving landscape, snapping trees like matchsticks. Harlow realised that his isolation was over; he needed track down the others and fix this problem before it destroyed them all.